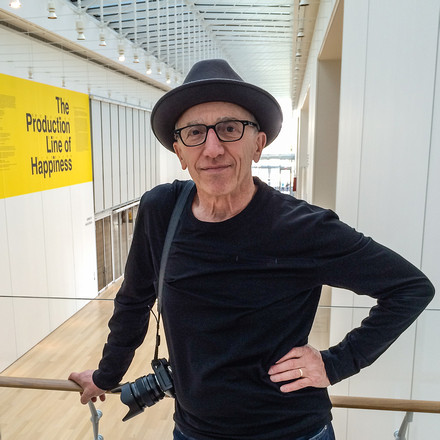 About: Photography has been my life-long practice. My photographic education includes photography in teaching (graduate school), workshops and classes. Currently, I participate in critique groups led by Jane Fulton Alt and Sarah Krepp (Dialogue Chicago). I have pursued my craft with courses at the Chicago Photography Classes and international workshops (Mike Langford, New Zealand). My work has been shown nationally and internationally.

My passion for photography continued through my career as an educator.  Holding a doctorate in educational psychology (Loyola University of Chicago), a masters in teaching (Harvard Graduate School of Education), and a bachelors in history (University of Wisconsin), I was a principal and a school superintendent. I taught middle school and, later, as an adjunct professor, taught graduate students at Loyola University of Chicago, Roosevelt and DePaul Universities.

As a teacher, my photography was integral to my classroom. On family camping and backpacking trips out west (U.S. and Canada), my tripod and equipment accompanied me on long mountain hikes. On a yearlong trip around the world, I photographed relentlessly.

My work spans various genre. Landscapes, both real and altered, have captivated me. Environmental portraiture includes Latino landscape workers and Afghan and Thai truckers. Current projects include series on memory (the Holocaust) and abstractions of viewer’s interactions with art.

Platforms Project, Independent Art Fair, Athens, Greece. Due to Covid, the exhibit was a virtual exhibit.

Impermanent Lands & eco-ART - The Art of Human Interaction with the Environment, The Art Center, Highland Park, IL, May – June 2018